We often receive feedback on how, through the prize, a reader has not only been introduced to a fantastic writer for the very first time, but they have also discovered that the writer has an exciting backlist of work.

Today, we take a look at the backlist of this year’s winner, Susan Barker.

Susan is also the author of the novels, Sayonara Bar (2005) and The Orientalist and the Ghost (2008), both published by Doubleday (UK) and longlisted for the Dylan Thomas Prize. 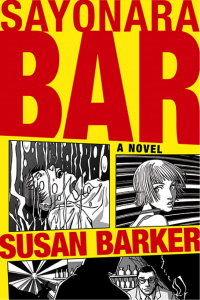 ‘Pace and excitement of a thriller… Funny, crisply written and engaging.’ The Times

‘Sayonara Bar is a cocktail of astringent cultural observations, genres stirred and shaken, subplots served with a twist.’ Time Magazine

‘A beautifully written and far-reaching exploration of Japanese culture from first-time novelist Susan Barker.’ Independent on Sunday, Books of the Year

‘Chimera-like in its progression, “Sayonara Bar” metamorphoses between crime story, elements of SF fantasy and social commentary, providing an original if somewhat squalid look at the dark underside of life in Kansai.’ Japan Times

Longlisted for the Dylan Thomas Prize (2006) 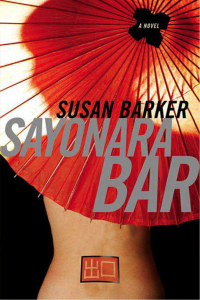 Mary, a blond graduate from England, has drifted into a job in a hostess lounge in Osaka. She and other ‘economy geishas’ are employed by the enigmatic Mama san to spend their evenings flirting with Japanese salarymen. Mary is in love with Yuji, Mama san’s handsome son. But Yuji’s loyalty is to the Yakuza gangster for whom he works.

Watanabe, the introverted cook, watches Mary from The Sayonara Bar’s kitchen, where exists in his own manga-fuelled fantasy of the fourth dimension. When he perceives the danger Mary is in, he resolves to protect her whatever the cost.

Mr Sato works for the Daiwa Trading Corporation. Obsessive overwork cannot cover the emptiness of his solitary life. Lured against his will to The Sayonara Bar by his boss, he finds himself returning there to escape his dead wife’s ghost. 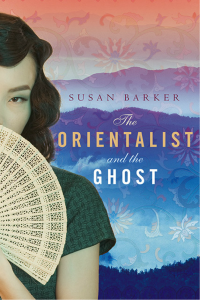 The Orientalist and the Ghost

‘Magnificent… The Orientalist and the Ghost is superbly written. Susan Barker’s book is full of flawed but well-meaning people trying to carry on under tragic and absurd circumstances; they mostly fail, but manage to entrance us in the process. A brilliant book, one of the best I’ve read in a long time.’ Audrey Niffenegger

Longlisted for the Dylan Thomas Prize (2008)

Malaya 1951, Christopher Milnar falls in love with Chinese nurse Evangeline in a jungle resettlement camp – an affair that ends in tragedy when, under attack from Communist guerrillas, Christopher is betrayed, beaten and left for dead.

Half a century later the ghosts of that time return to haunt Christopher, triggering vivid memories of colonial misconduct and lost love. Forced to confront his disastrous past, Christopher agonises over the fate of Evangeline, and the disappearance of his teenage daughter Frances in Kuala Lumpur 1969 – a mystery until his grandson Adam embarks on a quest to piece together the fragments of a family torn apart.

Moving from present day London to the heart of the Malayan jungle, The Orientalist and The Ghost is an epic portrayal of human frailty and the ghosts that haunt a family from one generation to the next.