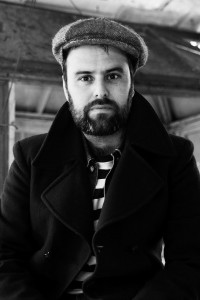 Congratulations to 2015 longlisted author, Benjamin Myers whose short story The Museum Of Extinct Animals has been published by Some Such Stories. Although just published, the story was written ten years ago during the 7 July 2005 London bombings.

Fans of Ben’s work will be pleased to know that he has written about the recurring theme and phrase that runs throughout all of his novels, The Green Cathedral. Have a look at his short photographic essay for Dark Mountain where he has explored and explained the theme further.

In May this year, Ben’s novel, Beastings (Bluemoose Books), was longlisted for the 2015 Jerwood Fiction Uncovered Prize.

A girl and a baby. A priest and a poacher. A savage pursuit through the landscape of a changing rural England. When a teenage girl leaves the workhouse and abducts a child placed in her care, the local priest is called upon to retrieve them. Chased through the Cumbrian mountains of a distant past, the girl fights starvation and the elements, encountering the hermits, farmers and hunters who occupy the remote hillside communities. Like an American Southern Gothic tale set against the violent beauty of Northern England, Beastings is a sparse and poetic novel about morality, motherhood, and corruption.

Beastings was the recipient of the Northern Writers’ Award and has been widely acclaimed. It featured on several end of year lists, and was chosen by Robert Macfarlane in The Big Issue as one of his books of 2014.