Hungry, the Stars and Everything

I was seven years old when I realised what I wanted most out of life: more.

Passion has long since been a stranger to food critic Helen Burns. At 28, she is merely going through the motions – technically proficient, but emotionally dead. However, no amount of professional experience could have prepared her for Bethel, a mysterious new restaurant tipped for a Michelin star.

In this crimson-hued, candlelit converted chapel, Helen finds herself embarking upon the most extraordinary thirteen-course meal, where each evocative dish has the power to take her back to a specific point in time. Suddenly, she is forced to remember the lonely family home that drove her into a dark fantasy realm, the life-affirming love affair with an astrophysicist that pushed her to her own limits, and the crushing heartbreak that allowed her to fall into her present relationship. As her deepest desires are slowly rekindled, Helen starts to wonder whether it could be her infamous childhood sweetheart, Temptation Himself, cooking up a storm in the kitchen…

HUNGRY, THE STARS AND EVERYTHING is a romantic comedy about whether it’s better to marry the love of your life with all the attendant passions and problems, or whether it is better to opt for someone loving and steady, if a little more predictable.

Manchester author and journalist Emma Jane Unsworth reads from her debut novel ‘Hungry, the Stars and Everything’, published by Hidden Gem Press at the Manchester Book Market 2011.

The second in a brand-new series of annual anthologies, The Best British Short Stories 2012 reprints the cream of short fiction, by British writers, first published in 2011. These stories first appeared in magazines from Ambit to Granta, in anthologies across various genres from publishers big and small, and in authors’ own short story collections. They were broadcast on radio and delivered by mobile phone app. They appeared online at Metazen and Paraxis.

“Slip this lightweight but nourishing anthology into your holiday bag. Editor Royle has selected 20 published stories from British writers. His own (excellent) taste means that little explosions of weirdness or transcendence often erupt amid much well-observed everyday life.” —BOYD TONKIN The Independent 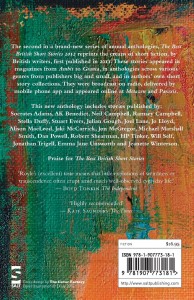 “It’s so good that it’s hard to believe that there was no equivalent during the 17 years since Giles Gordon and David Hughes’s Best English Short Stories ceased publication in 1994. The first selection makes a very good beginning … Highly Recommended.” —KATE SAUNDERS The Times

‘Some pairings can be relied upon – literature and life, Steptoe and Son, Lennon and McCartney, Nicholas Royle and a good anthology.’ —ANDREW O’HAGAN 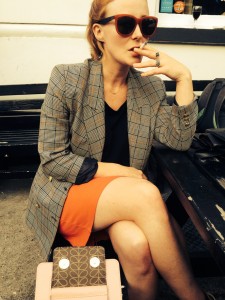 Emma Jane Unsworth’s first novel Hungry, the Stars and Everything (Hidden Gem) won a Betty Trask Award from the Society of Authors and was shortlisted for the Portico Prize 2012. Her short story ‘I Arrive First’ was included in The Best British Short Stories 2012 (Salt). She has worked as a journalist, a columnist for The Big Issue, and a barmaid. Her second novel Animals was published by Canongate in May 2014 and won a Jerwood Fiction Uncovered Prize 2015. She is writing a third novel, as well as the screenplay of Animals, which has been optioned by BAFTA-nominated producer Sarah Brocklehurstand awarded development funding by the BFI.