For the second year running, a Jerwood Fiction Uncovered Prize winning writer has taken up residency at Toji Cultural Foundation, South Korea. The residency is supported by the British Council.

After his first week as writer in residence, Lavie Tidhar shares his thoughts: 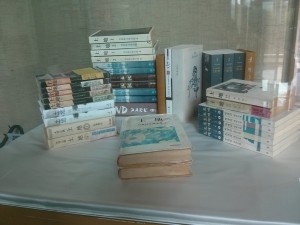 I arrived in Korea at the end of Chuseok, the “festival of the harvest moon”. This is how Pak Kyongni’s epic masterpiece, Toji, or Land, begins, on the day of the festival. One of Korea’s most beloved writers, she had established the Toji Cultural Foundation near Wonju, where I was heading. The foundation offers residencies almost year round for artists, novelists, playwrights and musicians. So far I’ve met a couple of painters, the writer of a new musical called (I think), Love, Maybe (there is a happy end, though – I checked), a children’s books writer and a couple of novelists.

From Seoul I got the bus to Wonju, where I was picked up and taken the rest of the way to the centre. It is nestled in mountain country, intensely beautiful, with fruit trees growing amidst fields of cabbage and rice: on a walk one day we came across four men patiently catching grasshoppers in a field, by hand, and putting them into plastic containers. The silence is profound, broken only by the call of numerous birds outside my window. Chillies grow everywhere in abundance, and the food we eat is fresh and locally grown.

I am only here for a short time – some people stay up to three months in Toji, but I am only able to stay a couple of weeks and am beginning to regret not being able to stay longer. I spend much of my time catching up with my reading, and some of it writing – I am deep into a new novel at the moment, so my writing has been slow, but steady, as I progress along with a story set far away from here.

Toji is very inspiring, though, as is being in Korea: there is something in Pak Kyongni’s work that resonates strongly with me. On Friday was Hangul Day, a celebration of the Korean alphabet, and the time of an annual event here at Toji, in which many former residents return for an impromptu festival. We went hiking in the woods for three hours, returning to the centre at dusk. Night falls quickly here, but the days have been bright and beautiful. Soon the gingko trees will turn gold, and the nights grow cold.

It is a beautiful time of year. 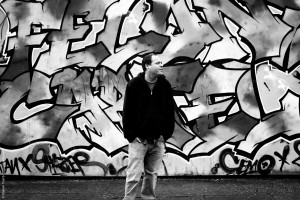 Lavie Tidhar is the World Fantasy Award winning author of A Man Lies Dreaming, The Violent Century,  Osama, of The Bookman Histories trilogy and many other works. He also won the British Fantasy Award for Best Novella, for Gorel & The Pot-Bellied God, and was nominated variously for BSFA, Campbell, Sturgeon, Kitschie Red Tentacle, and Sidewise awards. He currently resides in London.

Lavie can be found online or on twitter @lavietidhar.