Big Impact: Small Story. Where does the British short story go next? 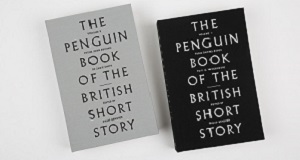 The Word Factory is delighted to launch the Penguin Book of the British Short Story – a discerning selection of the best of British short fiction from Daniel Defoe to Zadie Smith edited by Philip Hensher. Join him and Cathy Galvin in conversation with three writers featured in this definitive anthology – Tessa Hadley, Adam Mars-Jones and Shena Mackay for an evening of debate, literary insight and reading.

In association with Penguin.

Bring a friend for free and spend a chilled Word Factory Halloween in the company of Hanif Kureishi, Tom Lee and Leone Ross – spine-tingling readings and electrifying conversation with director Cathy Galvin. Plus details of our 2016 Word Factory apprenticeship scheme with mentors Ailsa Cox, Jacob Ross and Vanessa Gebbie will be announced.

In association with Vanguard, launching their first short story anthology at the salon.

Please note the times for the masterclasses, short story club and salon. 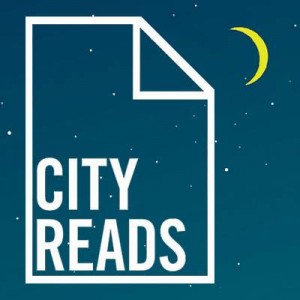 ON BEING HUMAN – WRITERS RESPOND TO THE HUMANS

In partnership with Myriad and University of Brighton.

Nikesh Shukla is a successful novelist and screenwriter, and is the host of the Subaltern podcast. His debut novel, Coconut Unlimited was shortlisted for the Costa First Novel Award 2010 and long-listed for the Desmond Elliott Prize 2011. His second novel Meatspace is known for being the book that launched a tandoori lamp chop into space.

Emma Jane Unsworth’s first novel Hungry, the Stars and Everything won a Betty Trask Award from the Society of Authors and was shortlisted for the Portico Prize 2012. Her second novel Animals was published by Canongate in May 2014 and won a Jerwood Fiction Uncovered Prize 2015. She is writing a third novel, as well as the screenplay of Animals.

Both Nikesh and Emma will be signing their books after the talk.

Tickets: This event is free but booking is recommended – email [email protected] to reserve your place(s). Please note: no phyical tickets will be issued, the email confirmation you receive is proof of your reservation.

A Little Bit of History Repeating

Madness, obsession, history, family and fate shape these two novels of the global age. Toni Davidson’s The Alpine Casanovas is a bold, challenging exploration of two men of Eurasian heritage living worlds apart but joined by destiny. Susan Barker’s The Incarnations sweeps between China past and present, and portrays a man, stalked by his soulmate, and condemned to repeat the same mistakes over and over again. 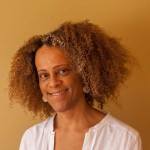 Dreda Say Mitchell introduces the SI Leeds Literary Prize shortlisted writers. A national, biennial prize with patrons including Bonnie Greer, Yasmin Alibhai-Brown, Bernardine Evaristo and Bidisha, this year sees the announcement of the second award in October at the Ilkley Literature Festival. Join the nominees for an engaging evening of readings and discussion.

Jerwood Fiction Uncovered authors will be appearing at multiple events throughout this years Edinburgh Book Festival:

Lesley Glaister will be speaking at Voewood Festival this summer. Details coming soon.

Naomi Wood will be joing four other speakers, each giving a 15 minute talk at 5×15’s signature event. Tickets include a cocktail.

Naomi Wood will be speaking at Latitude Festival this July, details to come.

Fflur Dafd, Owen Martell and Cynan Jones talk about their excursions in a discussion Chaired by Ted Hodgkinson.

An evening with Naomi Wood at Waterstones Richmond

Join Naomi Wood for a discussion of her novel Mrs. Hemingway.

Naomi Wood will be discussing Mrs. Hemingway at the Ways With Words Festival.

Nikita Lalwani will be talking about her work and signing copies of her books in the 2nd floor reading room from 7.15pm.

Amy Sackville talk on Orkney at Topping Books in Ely.

Niven Govinden speaking at the Book Bash in The Barn, alongside our Fiction Uncovered 2013 judges Louise Doughty and Courttia Newland, who spoke about their own recently released novels (respectively); Apple Tree Yard and The Gospel According To Cane.

Anthony Cartwright with The Newham Bookshop

Anthony Cartwright reading at a Newham Bookshop event at Coffee7 in London.

A panel of experts, comprising Lucy Caldwell, Eamonn Hughes, Margaret Kelleher and Keith Ridgway debate the polarity of Ireland, revealing the nuances of North and South in an Irish context.

Off the Shelf at Blacks, Soho

Off the Shelf at Blacks club in Soho was a literature collaboration between Blacks members club and the Writers’ Guild of Great Britain Books Committee, supported by Fiction Uncovered. It is a series of monthly, one day residencies for fiction writers – on the last Monday of the month. In autumn 2012 they included events with the following Fiction Uncovered authors:

Fiction Uncovered at The Book Barge

Celebrating the hippest hottest neighbourhood in London town, May 4th marked Literary Death Match’s first love-in with Land of Kings Festival in the stunning surrounds of Dalston’s Arcola Theatre. Presented by Fiction Uncovered and sponsored by Picador, it’s a perfect setting for electrifying the audience with word-play genius, laughter and wonderment.

Off the Shelf at Blacks, Soho

Off the Shelf at Blacks club in Soho is a new literature collaboration between Blacks members club and the Writers’ Guild of Great Britain Books Committee, supported by Fiction Uncovered. It’s a series of monthly, one day residencies for fiction writers – on the last Monday of the month. This autumn they include events with the following Fiction Uncovered authors:

Tim Pears, one of the selected Fiction Uncovered authors, joined Maggie O’Farrell and Rachel Cusk for this unique event. You can join Shoreditch House Literary Salon on Facebook.

Jake Wallis Simons, selected for Fiction Uncovered 2011, joined other authors on stage for an incredible night of readings, judging and games to a packed out tent of festival-goers.