“Prose as controlled and lyrical as the story within, the novel is disturbing and mysterious.”

Cathy Galvin, journalist, poet and Director of The Word Factory

I thought it began the day Father came home without work. Then I thought perhaps it really began the day we arrived at the farm, rumbled up the track, opened the gate and stood looking around as if we had found ourselves in some enchanted land …Something happened on Madeline’s fourteenth birthday, something so traumatic that it triggered her mental breakdown. Many years later, she still can’t – or perhaps won’t – recall the events of that night. A charismatic new psychiatrist, Dr Lucas, believes he can unlock Madeline’s memory by taking her step by step through the preceding year, when her father moved the family to an island he was certain God had guided them to. Money was short, her mother often unwell and her father a volatile presence. Yet Madeline loved their rural idyll, sensing God in every blade of grass; and when things started to go wrong, she thought she knew how to put them right. But as Dr Lucas unearths the past, it becomes apparent that she was seriously misguided – and that he is treading on very dangerous ground.  Lyrically evoking the rhythms and beauty of the natural world, The Offering is a novel taut with foreboding, a haunting tale of misplaced faith and a heartbreakingly damaged psyche. 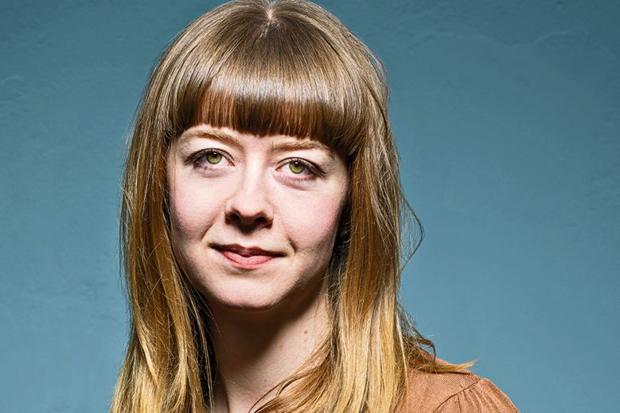 Grace McCleen grew up in a fundamentalist religion, with little contact with the outside world. A teacher’s suggestion that she apply to university changed the course of her life: association with unbelievers and further education were viewed as suspicious by the religion. When a long illness confined her to bed, she started to write songs and fiction.

Interested in sound, in spirituality, in miniature and the natural world, as a child she made elaborate and beautifully crafted miniature figures, ‘little people’ – which find an incarnation in her debut novel, The Land of Decoration, about a young girl growing up in a fundamentalist religion, her struggles with faith and the outside world. The book was awarded the 2012 Desmond Elliott Prize.

The Offering is published by Sceptre.